Today was the day I realized that I am most likely past the age at which I might’ve considered a) bungee jumping, b) sky diving, c) generally leaping off or out of something really high. This epiphany struck when I saw this view:

which was taken from the top of the bell tower next to the cathedral in Florence. Well not the top, but the viewing portion near the top because the top would’ve been just too hard to get to. As it was there were 400 some-odd steps, and that was plenty; believe me. Climbing all of those steps was totally worth it for view like this: 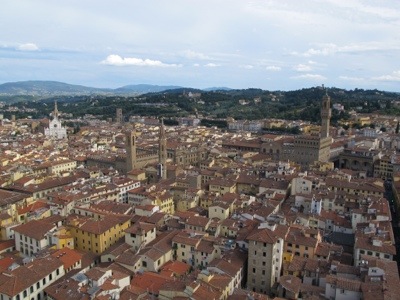 Today we also saw Michelangelo’s David, though photos were not allowed, and other cool things like this: 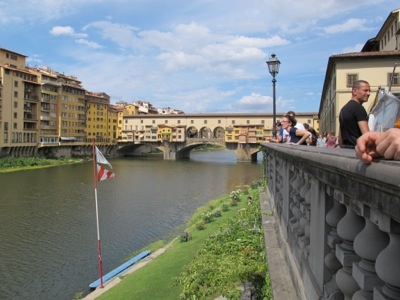 Tomorrow another grueling bus ride stopping at Assissi, then Rome!

We’re getting a little rummy and have developed a list of catch phrases from the trip too far feel free to guess the context:

It wasn’t too sticky.
Wanna cookie?
You can plug your phones into my computer.