Of all the countries we visited this summer I was most excited to go to Hungary. I suppose my interest was because I’d never been to a country that had been behind the Iron Curtain. I had no idea what to expect, but Budapest turned out to be exactly what I had expected.

Before going people asked why I was so interested in going to Hungary I had some amorphous thoughts but couldn’t articulate them. After visiting Budapest and riding through the city seeing the grungy buildings with plaster falling off, crumbled buildings here and there, people going about their lives, I realized this is exactly what I expected. A former Soviet Bloc country rebuilding itself. Among the decaying and crumbling buildings were of course restored and maintained places of national pride as well as new construction.

One of the points of pride we visited was Buda Castle (I had no idea Budapest was formed by the union of two towns). Below are some shots of the street leading into Buda Castle.

It was difficult to get a shot of the whole castle given the small space and increasing number of people. Moments after we arrived at the castle two tour buses unloaded. 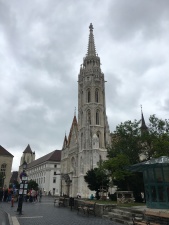 Tried to fit model of cathedral. 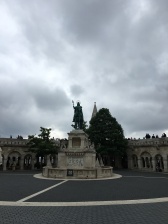 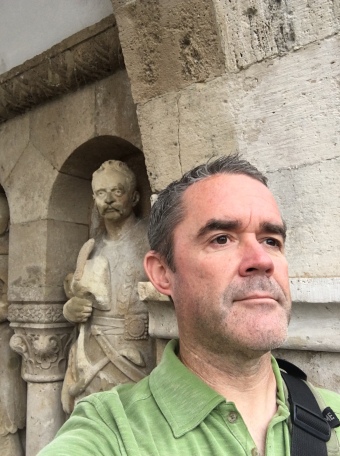 Of course after taking this I noticed my group and moved on, and I had no idea where.  Oops.

The view from the castle was awesome:

…which looked really awesome, but alas was  not one of our destinations. Instead we went to the city center for some lunch were I found this, and did that:

…but didn’t buy this: 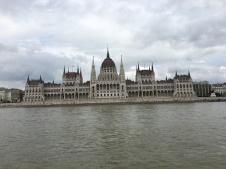 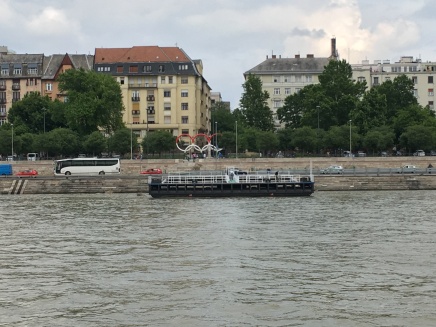 We also went to a bath house which was awesomely relaxing:

The morning we departed Budapest we visited another of what would become a theme of our trip, a public market….

…where we bought some snacks for the road and last minute souvenirs like this sweet fridge magnet:

Wish I could read Hungarian 😦

…and random photos from a rest stop on the way to our next destination: 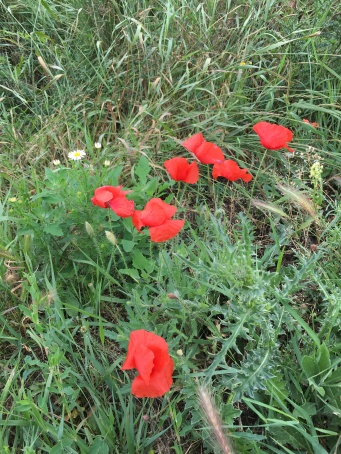