(Editors note: WiFi was surprisingly hard to come by and not very reliable so the following posts are post trip.)

Paris has too many people and it smells like piss.  I had all kinds of romantic notions of what Paris would be like and was feeling excited upon arrival following a three hour train ride.  The train station was magnificent.  The iron work and architecture reminded me of the film ‘Hugo’.  I was beginning to imagine sitting at a cafe having bread and chocolate, then strolling along the Seine to the Eiffel tower; then I stepped outside.  The smell of urine was 1) unexpected, 2) surprisingly strong and 3) inexplicably persistent throughout the city.  So much for the hype.

As with most group tours the day was packed with activities with the added bonus of the Paris Metro (please refer to previous comment regarding too many people in Paris).  We were able to visit the Arch de Triomphe, Eiffel Tower, Notre Dame, and take a boat tour.  Two things I did not know about the Arch de Triomphe were you can’t drive through it, and it has an eternal flame; disappointed to learn the former, interested by the latter. 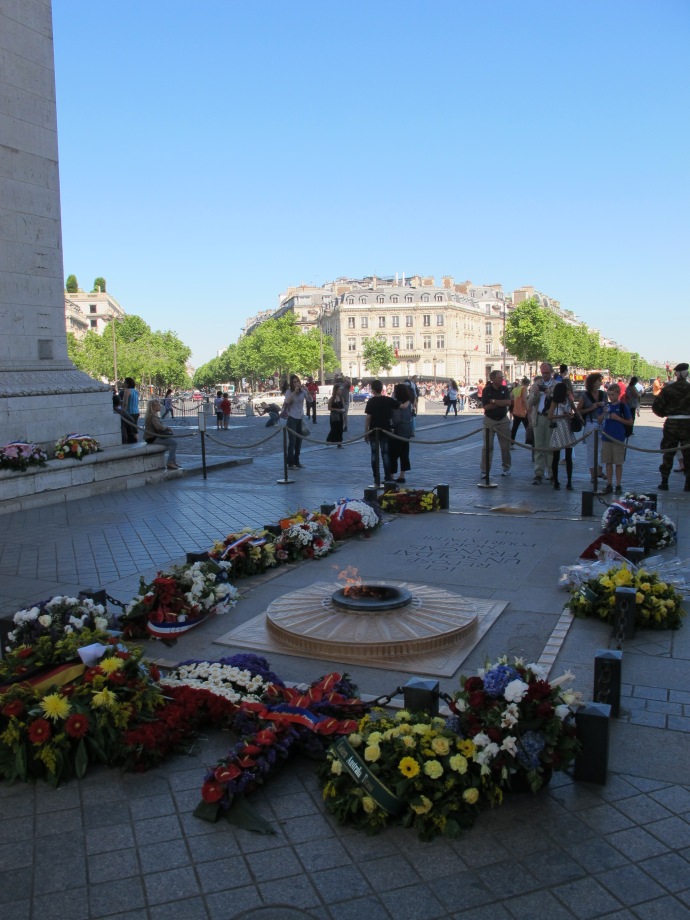 The roundabout encircling the Arch is very dangerous to try and cross so it may be accessed through an underground passage which, yes, smelled a little pissy.  If you happen to cross through the passage you may be talked into striking a silly pose:

At some point after visiting the Arch de Triomphe (this is a post visit account remember) we took a cruise on the Seine where we saw things like this: 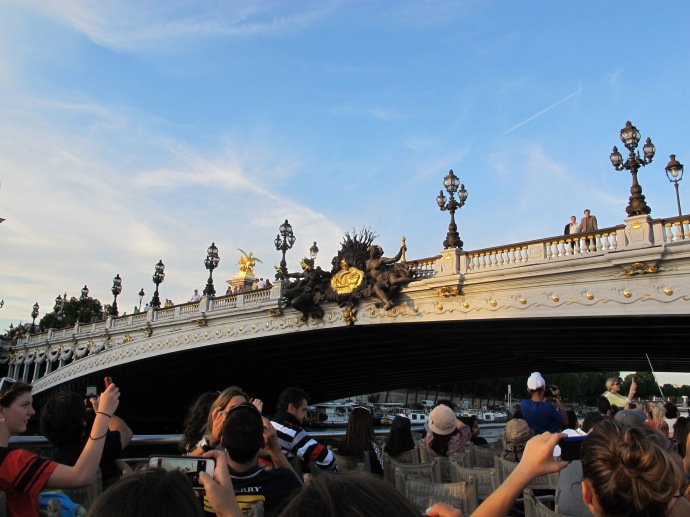 and a spontaneous dance party erupted on the upper deck where we were complete with people cheering from the banks of the river and a couple of asses mooning us from a bridge.

Following the cruise we visited the Eiffel Tower of which I have only one thought; it’s big, really, really big. 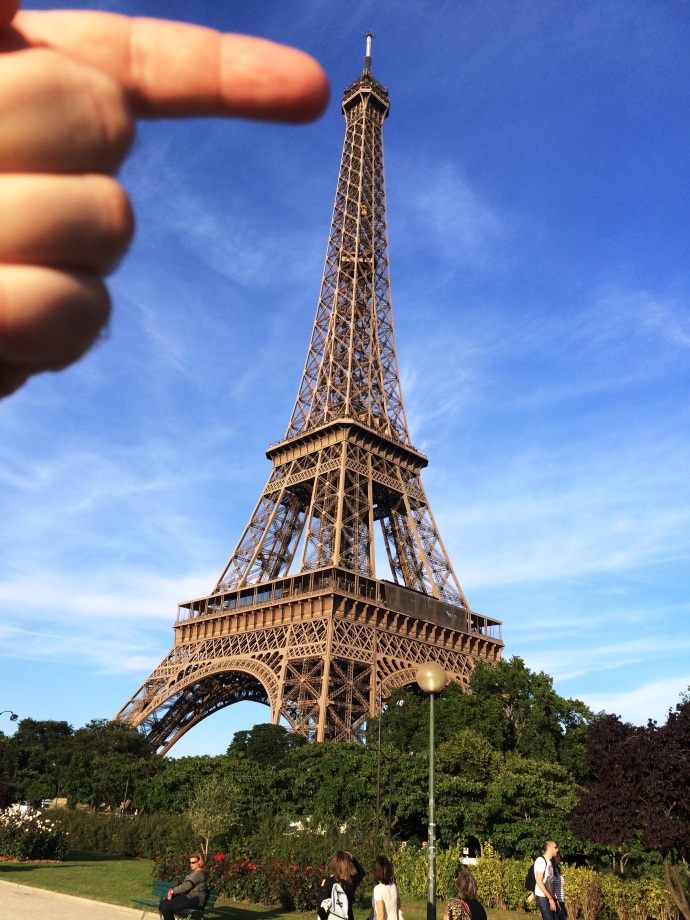 Honestly,  I had no idea just how large it was.  We were too late to make it all the way to the top, but we were able to make it to the middle level.  (I took some photos, but it was night and they didn’t turn out).

I left out the visit to Notre Dame where the most interesting part to me was seeing this:

which marks the starting point for all roads in France.  The cathedral is beautiful, but they’re not really my thing. Locating Quasimodo is more of my thing:

While my introduction to France was a bit stinky, the sights we saw this day were truly amazing.  Next time: “Pickpocket Paradise”.